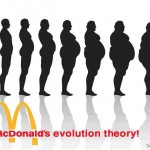 Health insurance rates are rising year by year. It’s becoming increasingly difficult for many people to afford them. Some people feel that it is a necessary part of life. But is it?

Most people feel that ill health just appears. Out of nowhere. They say things such as ‘there but for the grace of god…’.

I am challenging that belief. I tell you that health is very predictable.

Some years ago, I was reading a book on natural horsemanship. This is a topic close to my heart. Being a natural health professional, I devour a lot of such books. But I am often surprised by how little the authors embrace natural alternatives in other areas of their lives.

The author of this particular book was on a few days long vigil. He mentioned that during this time, he ate jerky and drank diet coke. It was unlikely that he would have consumed these items only at this time. It was obvious from his writing, that these items, and others similar, were common.

From my knowledge and experience, I could see that he was heading towards bad health. I hesitated to contact him, but finally decided that I should. I suggested that he was heading for diabetes at the very least, and more serious problems after that.

I received a reply from his team, that he had indeed developed diabetes. He had been put on a diet by his doctor. And they proudly detailed the diet, which I could see made very little improvements.

At that point, I decided I had done my job. It seemed that they felt they knew best.

How could I predict that he would get diabetes? Mainly from his diet, but he also gave other details of health problems, that I recognised as being in the lead up.

If it is possible to predict the illnesses you can get, then do you really need to pay the high health insurance rates? Rates that only serve to increase insurance companies already burgeoning profits?

You may ask, but what about accidents? These too can be predicted to a large extent. By learning to follow your inner wisdom, your intuition, you will always be alert to the times you need to be. It will take you away from problem areas or circumstances. The problem arises because few people even know they have inner wisdom, let alone how to tap into it.

A final point worth mentioning is that doctors know about as much as most people, and often very much less, about diet. They receive no training in this vital area. They are even told that it has no bearing on health.

When you understand which foods are healthy and which are not, then at least you are giving your body a chance. If you use natural health practitioners, in particular homeopathy, for all your health issues, then you can dramatically cut your expenditure on health.

You may spend more on food, but isn’t that preferable to spending it on something that will improve your health, rather than increase someone else’s profits? The increasing health insurance rates may be a subtle message to you that if you can’t afford them, then you don’t need them.

You may spend more on professional health consultations in the first few years, but this will drop off as your health improves. With little health insurance, a keen sense of inner wisdom and a good diet, you can expect to have a long and healthy life at a fraction of the cost. Overall, you gain in every way.

Find out more about healthy foods for improved health, weight, energy and more.