There is a huge range of opinions over what is healthy food. Any hapless person starting out trying to find the best healthy food choices could be forgiven for being totally confused. Should you focus on protein? Should you reduce carbohydrates? Should you limit your calories? 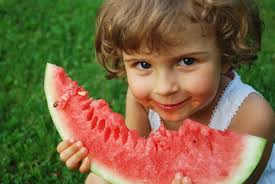 First, it’s wise to be aware of the origins of much of the literature and guidelines, even government guidelines, or perhaps especially. We live in an incredibly corrupt world. Corporations profit enormously from passing myths off as the truth. They have infiltrated all the governments of the western world and most others. They dominate mainstream media. Their pockets are deep. They are the major influencers of today.

So it’s wise to look at the origins of humans, at independent studies that have no agenda and at common sense.

Let’s look at our origins. I challenge the hunter/gatherer concept. It’s more gatherer/hunter. Hunting is a dangerous pastime. I don’t believe people would have engaged in it as often as some history books would like us to believe. Gathering is far easier. And with a much smaller population, no chemical farms, no cities, plant life would have been in abundance. How easy gathering the plant offerings would have been. And what incredible diversity.

When you look at our bodies, the signs scream at those who can see, that we may be omnivores, but we are at the herbivore end, not the carnivore. Our teeth are more like horses teeth than cats. Our intestines are long like a herbivore, rather than short as carnivores have. We thrive in an internal alkaline environment.

But the protein myth continues unabated. Yet plants also contain protein. T Colin Campbell, a nutrition researcher I have a great deal of respect for, discovered that humans need about 10% protein. Plants, on average, have 10% protein. That means we can get all our protein from eating a variety of healthy plant based food. Without making our bodies acidic.

Another myth is calcium. The idea is that we can only source calcium from milk. Yet, looking at horses again, a young horse will grow from birth to fully grown in a single year, simply on a diet of grass. Horses have massive bones. It is truly unthinkable to consider that we need milk, a food for babies, and baby cows at that, for our bone health.

Meat needs calcium to digest. When we eat meat without the bones that accompany it, the body pulls calcium from our bones and teeth to digest the meat. So now, not only are we more acidic, now we also have poorer bone and teeth health.

So if animal protein is bad for you, what is healthy food, in reality? After all, most people base every meal around animal protein.

White sugar has been processed. The goodness, the minerals and other healthy nutrients that are needed to digest it, has been stripped away. When you consume white sugar (a better name for it is white poison), again your body removes minerals from other areas to help digest it.

When you consume a fresh peach, your body can easily digest that.

It now becomes easy to create a healthy food list as well as an unhealthy one:

Now for the research.
A study published in Neurology with over 27,000 people in a period of 56 months, found that cognitive decline was lowest in those who ate the most fruit, vegetables and whole grains.

The University of Pittsburgh published a study in Nature Communications involving swapping the diet of 20 African Americans (typically full of meat, meat fat, fast food) with that of 20 rural South Africans (typically plant based of cornmeal and beans) for two weeks.

The American Journal of Health Promotion published a study by a psychiatrist who used diet instead of anti-depressants for depression. In an 18 week study in a corporate setting, changing the diet to a plant based nutrition programme improved depression, anxiety, fatigue, productivity and, for those with type II diabetes, blood sugar. They also became more socially active.

A presentation at the European Congress on Obesity showed that those who ate large quantities of protein and small amounts of carbohydrates – similar to the Atkins diet – were almost twice as likely to gain more than 10% of body weight and experienced a 59% increase in mortality. High protein diets are associated with increased risk of heart disease, kidney disease and insulin sensitivity.

More on what are healthy foods – gives you a comprehensive guide on how to eat for health. 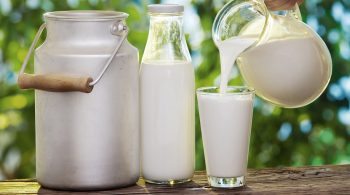 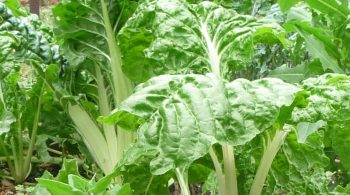 4 replies to "What Is Healthy Food?"